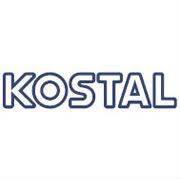 Kostal Ireland GmbH, employing in excess of 800 people, was established in Abbeyfeale, Co. Limerick in 1981, opening a second facility in Mallow, Co. Cork in 2001. Kostal Ireland manufactures automotive electronic systems and a range of technologies for end users.

Problem To Be Solved:

While completing an Innovation feasibility with Kostal Ireland GmbH, IMaR researchers and Kostal’s process engineer team identified a need for the semi-automation of complex tasks within the production line. This resulted in IMAR and Kostal collaborating on an EI Innovation Partnership for the research and development of an innovative flexible robotic system, capable of integrating into the current manufacturing process of an automotive manufacturing plant such as Kostal Ireland with a minimum of set up time and training.

How IMaR Delivered a Solution For Industry:

This project undertook the research, design and development of collaborative robotic systems within the field of automotive component manufacture, based on the ABB Yumi Collaborative Robot. A collaborative bespoke robotic solution, based on the ABB Yumi, was developed to address the pick’n’place requirements of Kostal. Vision, lighting and gripper hardware were designed, developed and implemented to realise the potential of the robot. Vision algorithms, as well as robotic control algorithms were developed to achieve a precision and accuracy of 0.02mm for the final system. IMaR research staff have demonstrated and proven the safety of a collaborative robotic system, for operation in a manufacturing setting in close proximity to operators. The system has been trailled in Kostal, Abbeyfeale and is currently under final evaluation and implementation by Kostal. The developed system allowed the semi-automation and quality control for tasks currently un-feasible for full automation, but enabling production line staff to directly interact and work in close proximity to a robotic system, without the need for physical safety barriers and reduced speed operation.

This project has developed a process automation robotic solution which it in envisaged will be refined and commercialised by Kostal for use within their production facility for the purpose of product manufacture and assembly. This will allow Kostal to increase production in its Irish facility, thereby providing economic benefit for the country. Without systems such as this, Kostal feel that it may become impossible to implement the high quality and efficient process solutions of their production lines.

IMaR, based in Munster Technological University Kerry, is a nationwide resource for companies seeking to develop new products, processes or services. Supported by Enterprise Ireland, IMaR asissts in the delivery of state of the art digital solutions across all sectors of enterprise in Ireland.

Investing in your future